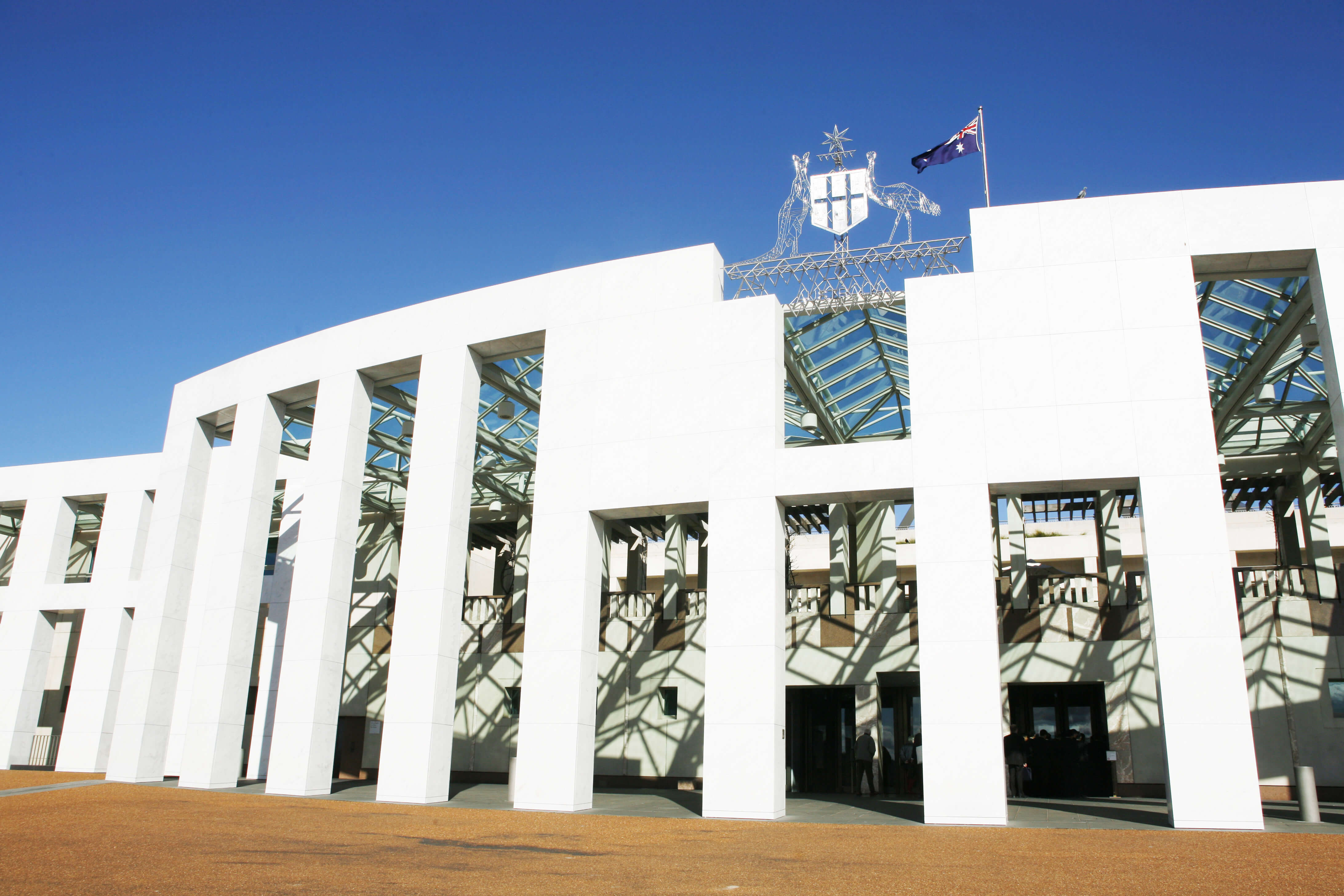 What the federal Budget means for cyber

Published by Katherine Mansted on 30 March 2022

Cyber and critical technology have been big agenda items for the 46th Australian Parliament. They’ve also been big ticket spending items for Budget 2022-23, as Australia heads into a federal election. In this post we set out the major spending measures, and what they could mean for Australian organisations and our broader threat landscape.

In the last twelve months, the federal government has released half a dozen reviews or draft laws designed to uplift Australia’s cyber resilience. Many of these changes will increase expectations on large Australian organisations to put cyber security front and centre of their risk management strategies.

Budget 2022 was an opportunity for the government to ensure its own investment in national cyber defences match its expectations of industry.

So how did the government go? The Budget will significantly bolster the offensive and defensive capabilities of the Australian Signals Directorate (ASD). It also contains measures intended to address our national cyber workforce shortage, grow and protect critical technologies, and to uplift cyber security—in federal government itself and among small businesses.

The Australian Signals Directorate (ASD) will double in size over the next decade, adding 1,900 new staff. This is part of the creatively titled $9.9 billion “REDSPICE” package (standing for Resilience, Effects, Defence, Space, Intelligence, Cyber and Enablers).1

REDSPICE also backs in the government’s intent to step up cooperation with Australia’s Five Eyes intelligence partners, including under the AUKUS capability agreement with the US and UK.

Most prominently, REDSPICE reflects the central role this Government sees for ASD in Australia’s cyber defence. In 2021, ASD played a significant—and unprecedented—role in Australian public policy debate on amendments to the Security of Critical Infrastructure Act. It’s also just gained new ‘step in powers’ that will empower ASD to direct certain Australian critical infrastructure owners and operators in the event of a future cyber crisis.

The Budget recognises that Australia has a cyber and broader technology talent pipeline problem, and contains important measures for workforce growth and diversity:

One thing this Budget doesn’t address is how the Australian Government plans to leverage the cyber security industry to support threat hunting and incident response activities. The REDSPICE investments will affect only the smallest tip of the cyber defence iceberg, especially as the size and complexity of our critical infrastructure sectors grow over the coming decade.


Australia’s incident response capability primarily exists in industry—inside incident response companies, ASX100 and critical infrastructure operators themselves. In a national cyber crisis, it would be these workers keeping Australians safe. There is still significant work to be done on how ASD and the Australian Cyber Security Centre link up with the private sector.

Budget 22-23: Cyber measures by the numbers 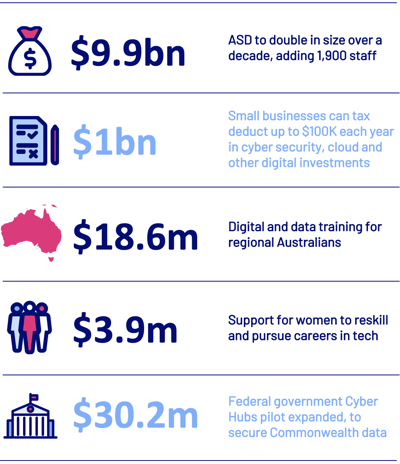 Small businesses play an important role in Australia’s economy and supply chains for our essential services and critical infrastructure (we are only as secure as the weakest link in our supply chains).  But small businesses often they lack the budgets and staff to uplift their cyber security to levels commensurate with the threat.

From Budget Night, over 3.6 million small businesses will have extra tax incentives for investments in cyber security and other digital assets and services. Businesses with annual turnover under $50 million can now deduct 120%of these ‘digitalisation’ expenses, up to $100,000 per year until June 2023.

This measure is, however, broad. It can be used for major investments like transitioning to the cloud and uplifting cyber security, through to e-invoicing, accounting software and even web design. The challenge for small businesses (and larger enterprises in their supply chains) will be balancing the opportunities of digitalisation with the necessity of cyber security investment.

Under a separate budget measure, small businesses will also be able to deduct 120% of the expenses of staff training courses delivered by Australian entities, a measure we hope helps small businesses to uplift cyber skills and awareness.

Last year, the government announced Cyber Hubs would be set up in the Department of Defence, Home Affairs and Services Australia. Now, a further $30.2 million will be spent to support these Hubs and to establish a fourth pilot in the Australian Taxation Office.

Since 2021, the government has expanded its policy lexicon from “cyber” to the expanded term “cyber and critical technology”.  This is an important recognition that security starts in hardware, technical standards and supply chains, and that investment in next-gen telecommunications, advanced computing and biotech (among other areas) is essential to Australia’s economic prosperity and national security.

In the last twelve months, the Australian government has inked multiple cyber and critical technology agreements with allies and partners, including India, Japan, the United States and United Kingdom.

The Budget doubles down on the importance of critical technology. Measures include:

In the lead up to Budget Night, the Prime Minister also announced a new “Cyber and Critical Technology Centre” to be stood up in the Office of National Intelligence, Australia’s peak intelligence body. This new office will provide vital intelligence-coordination, as well as important cyber and tech analysis to the next Australian Government as it shapes up its policy priorities and investments.

Read more about our practices and insights:

1] We note that not all the $9.9 billion is new money– it’s partially reallocated from previously announced Defence investments.

The Log4j critical vulnerability (CVE-2021-44228) is being actively exploited and is a major...
Read More

Privacy by Design: CyberCX Recognises Leaders in the Field

CyberCX has identified the Australian companies leading among their peers on privacy. As...
Read More